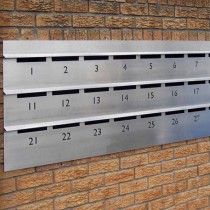 MORE Sydneysiders are buying into strata developments than ever before and in the wake of incentives for buying into new buildings in the 2012 state budget there could be even more medium – and high-density buildings on our horizon.

“It won’t be long until more than 50 per cent of people are living in strata communities,” says Fair Trading Minister Anthony Roberts.

The NSW government is currently reviewing strata and community title laws and Roberts hopes to present parliament with proposed changes by early 2013.

“The NSW strata laws are now more than 50 years old, and unfortunately other governments have only really worked around the edges of this,” he says.

“Reforming these strata laws is one of the greatest challenges we face, because we need to decide how do we construct these communities for the next 50 years,” he says.

Roberts says according to the submissions from the public consultation, the reforms will be based around “pets, parking, parties and puffing”.

David Ferguson, president of the Institute of Strata Management, says the reforms were a “welcome beginning” to the review of strata living.

“We’ve got to realise the great Australian dream is gone. There’s a new Australian dream, one where people can be better connected with those living around them,” he says.

“Isn’t it great to have direct control, and benefit from the joy of contributing to your own lifestyle? It’s not something you can necessarily do in a normal suburban street environment,” Ferguson says.

He adds that not only has there been a shift from houses to apartments, the typical unit block has also transformed.

“The days of the six-pack unit block are over,” he says.

“A good, intelligently designed development is what modern strata is all about. Developers are factoring much more in to each development and considering local amenities and providing lifestyle options for owners.”

A recent report prepared by the City Futures Research Centre at the University of New South Wales reveals a litany of difficulties with NSW’s strata titles system. It shows there are worrying inadequacies in the way multi-unit buildings in Sydney are managed and maintained. The researcher was undertaken by Dr Hazel Easthope, Prof Bill Randolph and Sarah Judd. They consulted 1,550 individuals including 1,020 strata owners, 413 executive committee members, 106 strata managing agents and 11 peak body representatives. They found a high incidence of building defects, a lack of engagement by owners in the running of their strata schemes and inadequate financial planning for repairs and maintenance in a lot of buildings. Many strata owners do not understand their responsibilities and rights and resolving differences can be a bitter and unhappy process. 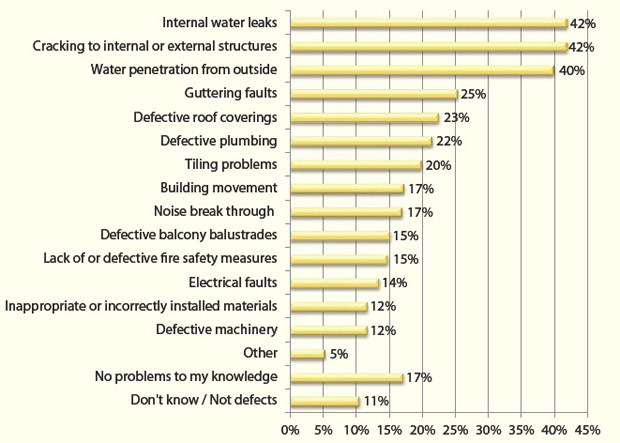